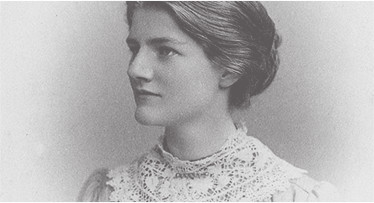 Furthering the work of Elizabeth Casson

Who is Elizabeth Casson?

Elizabeth Casson was born 14 April 1881. She was the first woman to be awarded a medical degree at the University of Bristol in 1919 and achieved a Diploma in Psychological Medicine in 1922. Dr Elizabeth Casson developed a special interest in psychiatry.

What is her link to occupational therapy?

While working in one of the best sanatoria of the time, Dr Casson recognised that occupation was fundamental to health and well-being and must be an integral part of treatment. In the 1920s occupation became seen as a ‘new healing method that is working such miracles with the mentally disordered and victims of long and tedious convalescence’1.

How did she become involved in the occupational therapy profession?

On her return to England, Dr Casson employed individuals to engage residents of the sanatorium in occupation. One of these individuals was Constance Tebbit (later Owens) who went on to train as an occupational therapist in Philadelphia.

By 1929 the idea of an occupational therapy school had progressed and Dr Casson borrowed funds to establish the Dorset House School of Occupational Therapy in Bristol. Constance Owens was its first principal.

A wonderful history of the school can be found at the Dorset House archive. The school of occupational therapy became part of Oxford Brookes University in 1992.

Dorset House was also a residential clinic for women in poor mental health. The care offered included occupation in the form of a full-time planned day which ‘served the individuals needs and offered them wholeness in living’1.

When was the Elizabeth Casson Trust formed?

Dr Casson privately financed Dorset House until 1947, at which point it became a non-profit limited company before then becoming this charitable Trust in 1948.

After many groundbreaking years and being a champion of occupational therapy, Elizabeth Casson died on 17 December 1954.

Her aspirations for the furtherance of occupational therapy continue with the work of the Trust.

The strategic plans during the plan period are to:

To help develop the practice of occupational therapy

"This conference has been an excellent opportunity to keep abreast of best practice across the many services that my team are involved with. I have already been able to put some of this new knowledge to use and have plans to do more in the medium and long term. From a strategic perspective the knowledge that I have gained has been influential on my thinking for the future direction of the department and will greatly assist with our goal of knowledge transfer to our community colleagues."