I was honoured to be invited to give the Casson Lecture in Eastbourne in 2005.

The title of my paper was the dictionary definition of ‘Challenge:’ that is to Confront, Defy, Face up to; a Difficulty that Stimulates Interest of Effort. Being asked to return to this lecture after so many years and write a blog has been a good experience, particularly as I am coming to the end of my working life. I must admit that I was surprised at some of the content such as the details that I had obtained of Dr Casson’s life. I was reminded once again of the real contribution that my profession can make and why she envisioned this around 100 years ago.  Hopefully some of my thoughts will have resonance for those of you taking the time to read this.

In 2004/5 the responsibility associated with being asked to deliver this annual lecture was not lost on me and I spent a good period of time researching our founder Dr Elizabeth Casson. I was able to access archives from the Royal College of Psychiatrists and what I discovered was a woman who had carved out a very successful career in psychiatry in the 1920’s.  This in itself was a remarkable achievement given that, at the time, the majority of women of her class were not expected to take paid work outside the home. This led me on to consider what had given her the impetus to create and support a new profession. Was it the carnage of the 1stworld war, the emergent common ideas regarding the importance of occupation being discussed in both Scotland and America, a combination of both or some other force?

Dr Elizabeth Casson was from a privileged background and subsequently made significant personal investment to establish occupational therapy in our country. How her family might have reacted to the idea of having to financially support such a venture, and over the long term, is interesting to consider.  I still wonder what drove her on despite the challenges; if only it were possible to ask her such questions.

It was truly fascinating stuff and led me on to consider what this significant legacy really means for our profession. I had not thought deeply about this before being asked to present the lecture despite having heard the Casson story many times. For my lecture I decided to position my thoughts within what I considered to be the contemporary issues for occupational therapy in the first decade of the Millennium. I also decided to use my research which had been wholeheartedly informed by occupational therapy and was beginning to receive more substantial funding at the time.

Having recounted the legacy I then discussed the challenges that people can face as they age and the significant contribution that occupational therapy can make.  I described how I had commenced work with Claire Craig to create a UK version of the work inspired by Florence Clarke and other occupational therapy academics at the University of Southern California. They had been working to identify what constituted a good later life in Los Angeles and had created and tested a programme called Lifestyle Redesign which many of you will be familiar with.

We called our US inspired programme Lifestyle Matters; at the time of the lecture, we had just completed a feasibility study. This work remains really important to me and I hope that it does to other members of our profession.  It emphasises the importance of maintaining occupation at the heart of our practice and also demonstrates this value to others. 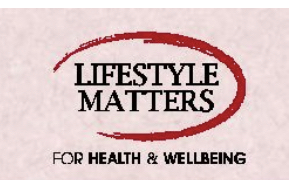 As some reading this blog will be aware, the feasibility study was eventually followed by a randomised controlled trial of Lifestyle Matters. Unfortunately, at a population level, Lifestyle Matters did not demonstrate efficacy, but the caveats produced from this research are what we should focus on.

One was that for some people who had reached some kind of crisis or crossroads in their life, the programme was very effective.  This leads to questions about how we can identify and respond to the needs of people in timely manner; before they have reached a crisis that demands formal service intervention. This question as far as I am aware, remains unanswered.

The second challenge I discussed was concerned with facilitating access to services such as timely access to rehabilitation. Again, I used my research as a platform for discussion.  From 2003 to 2006 I led funded a multidisciplinary consortium to create and test technology for upper limb rehabilitation following stroke. This is where I think that attitudes have definitely shifted over the years. This work was very novel at the time, and some of the technical challenges remain unsolved.  Underpinning the main research questions were cultural issues such as willingness of rehabilitation professions to embrace such technology and the changes in attitudes and practice required to move from being ‘hands on’ in all instances.  I am sure that we will all look back and see how the current pandemic has forced us all to change practice in this way. 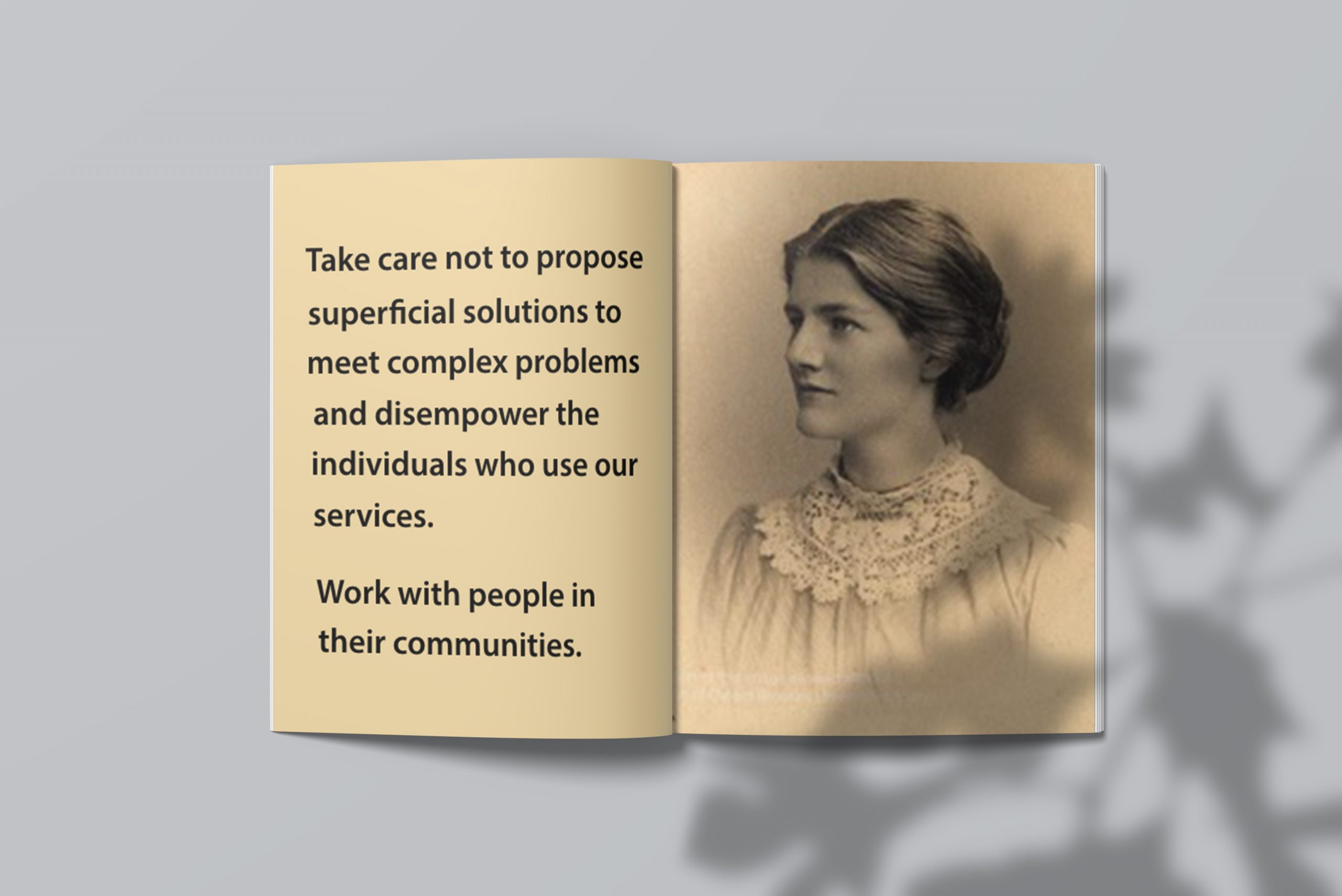 The third challenge was concerned with how we maintain quality services that are user focussed.  Once again, I placed this question within the context of the work that I and Claire Craig were undertaking at the time with people diagnosed with dementia.  Together we identified some powerful quotes from people with dementia to illustrate how services can disempower people who have to use them, but also how people can adapt and grow despite dementia. These were presented during the lecture.  The research we had commenced, initially on a small scale, explored the views of people in the earlier stages of dementia regarding what might be assist them to manage their condition and live as well as possible.  The research eventually culminated in a programme for people with early dementia modelled upon Lifestyle Matters, called Journeying through Dementia. This programme of research has taught us a lot and also emphasised the importance of what we already knew. For example, we identified that dementia practitioners (including occupational therapists) can sometimes propose superficial solutions to meet complex problems and that there is a worrying reluctance to work with people in their communities.  Time pressure can explain some but not all of this.

Of course, we do not work in a vaccum.  In 2005 I suggested that policy and globalisation present occupational therapy with both challenges and opportunities. I expressed some frustration that our profession is enduringly reactive to national and international policy rather than being proactive, giving examples of policy concerned with population ageing and health promotion to illustrate the point.  Unfortunately, I still perceive us to be largely reactive as a profession. We should be proposing policy rather than merely responding to it, being confident of the knowledge, ideas and contributions that we can made.

Finally, I reflected upon my own career at the time and what I personally was doing to tackle what I saw to be some of our challenges. I proposed that we might improve our professional confidence through research, and there is no doubt that much progress has been made with this over the years. I also identified the importance of working collaboratively with others despite the difficulties that this often presents. At the time I was

spending considerable time working alongside engineers; a very different profession, so this was a very real issue for me. Finally, I pondered upon the significance of working in a meaningful way with future and current users of services.  Over the intervening years this topic has risen up both policy and societal agendas so great strides have been made in practice and research, but it is very much work in progress.

As I stated at the beginning of this blog, I am now in the final stages of my career. Now is the time to reflect upon how I, personally, have measured up to the legacy of Dr Elizabeth Casson. I think that I tried to tackle some of our challenges and in particular those involved in increasing our capacity for research and adding to the evidence base for some of our practice. However, I am left thinking that so much more might have been achieved with more time and a greater sense of urgency at times. It is now up to you all to go forward; the renewed emphasis upon clinical academic careers is a real opportunity. I do believe that the enduring messages I identified in 2005 are still relevant in 2021 and will continue to be so going forwards.  At the time I implored occupational therapists to remain true to their occupational roots and I think that want to reiterate that in 2021. I am sure that this is some of what Dr Casson envisaged a century ago.

Explore all the lectures

Thank you for taking your time to visit our site - we hope you found it useful.

We are keen to know a little more about the profile of our viewers and would appreciate if you could please take a moment to answer a few simple questions about yourself; your responses will help us to improve our communications strategy.

Please be assured that your responses are anonymous and data storage is secure and GDPR compliant.

Yes, pleased to help No thanks