One day in early 2014 I was sharing my views with a colleague about how we as occupational therapists can make a real difference in health and social care by being truly person centred in our approach. I described my experiences of my own area of practice which had been shown to be not only effective in meeting the needs of the people using the service but also had a positive impact on the efficiency of service delivery.  I was enthusiastic about the importance of this approach for modern day health and social care services.   Little did I know that my colleague had a greater plan for my views and being a proactive person they submitted a nomination for me to present the Casson Memorial lecture.

One day, several months later I received an invitation to present this prestigious lecture at the 2015 Royal College of Occupational Therapists (RCOT) Annual Conference which was to be held that year in Brighton.

My first thought was ‘Crikey, I’m going to have to deliver my best for this one’. I was excited though to be able to share my reflections and thoughts from what was at that point a 30 year career in the wonderful profession of occupational therapy.

The Casson Memorial Lecture was inaugurated in 1973 and is presented annually to commemorate the work of Dr Elizabeth Casson who opened the first school of occupational therapy in the UK in 1930.  Dr Casson recognised the value of occupational therapy and was a pioneer of the profession, so I was very aware of the significance of the honour of being asked to give this lecture and to ensure that her memory and our appreciation of her work lives on.

I was invited to bring a guest to the conference and I was in no doubt that it would have to be my mother, an occupational therapist herself and a great supporter of my career.  She was now retired but was keen to have a few days in Brighton, watching my lecture and perhaps catching up with some of her own colleagues and friends in the profession.  However all did not go to plan and on the morning of our planned flight from Aberdeen to attend the conference my father called and said ‘Im sorry but you will have to go on your own, I’ve just called an ambulance, your mum is ok but she’s having some difficulty breathing’.

My heart sank, I didn’t want her to be unwell and I certainly didn’t want to leave whilst she was heading to A&E. However, being the strong and determined woman she is my father told me that she was shouting from the back of the ambulance “tell her to get on that plane and deliver that lecture, I haven’t listened to it ten times for her not to go now…”   So, with reassurance from the hospital before I departed on the flight that she was stable and doing well I set off for the conference.

I was welcomed and supported over the next few days by the RCOT College staff & Council who made sure I had everything I needed.  On the day of the lecture, again reassured by good news from home I entered the conference to present my lecture.  Many of the great and the good of the profession were present and a sea of faces stretched out across the auditorium, willing me on and waiting to hear what I had to say. 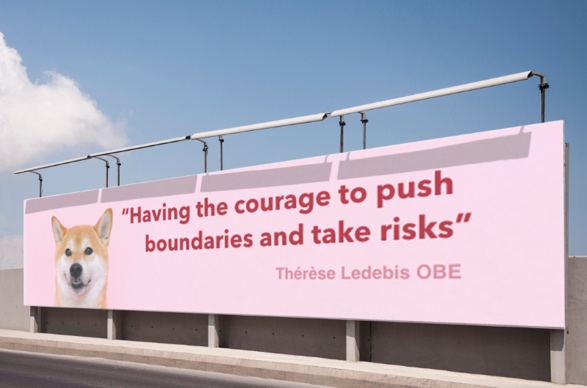 The title of my lecture was ‘Pushing the boundaries and leading the way’ and we know that good leaders don’t force people but invite them on a journey, so I asked the audience to join me, whilst I shared my thoughts and reflections of my journey to be able to deliver the Casson Memorial lecture to them. 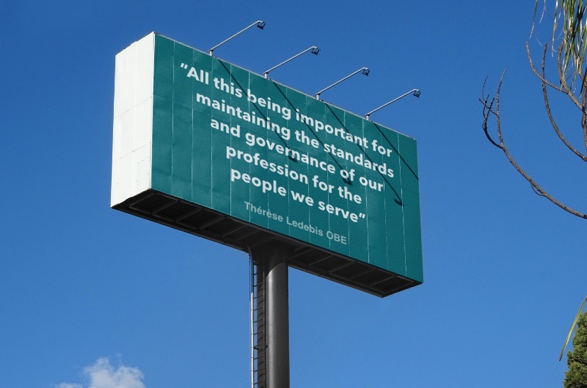 A challenge for you…

I challenged the audience to consider their own interactions and to ask themselves if they were truly person centred in their approach.  I also reflected on conversations I’d had with a range of colleagues and service users as well as learning from investigative reports into clinical practice examples which have been less than acceptable in terms of being person centred.  All this being important for maintaining the standards and governance of our profession and for the people we serve. 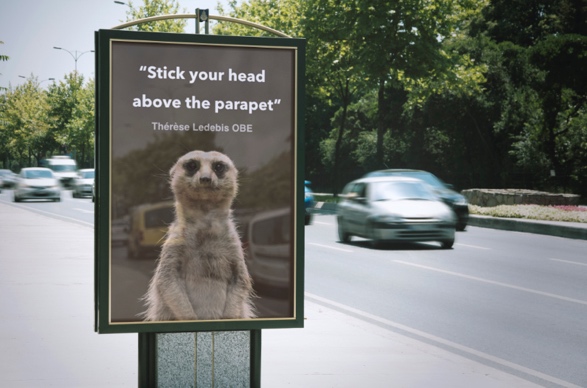 I wanted too, to acknowledge how we as occupational therapists have the skills to advocate for service users and to lead the way in delivering person centred, effective and efficient care & rehabilitation.  I highlighted the need to influence at all levels of practice, to push the boundaries and promote our profession as being the solution to many of the issues in health and social care delivery.  Doing this means being prepared to stick your head above the parapet and influence services of the future through whatever skill set you have be it clinical, education, research or leadership.

As well as this I acknowledged the need for courage to support acceptable risk taking in order to explore the occupations of choice for each person. At this point I took a moment to reflect on our whether Dr Casson would have recognised the value of person centred care? The answer of course being yes as she saw the value of occupation being at the heart of our profession and underpinning our theoretical basis. 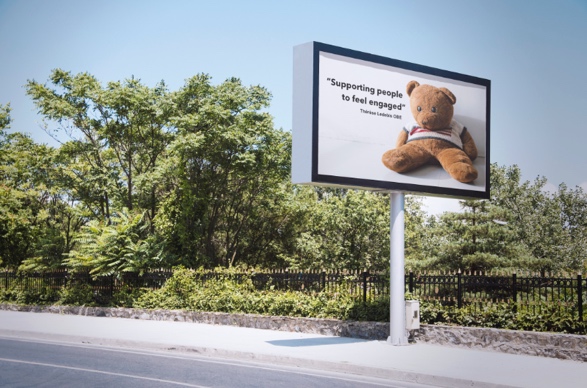 So with that in mind I shared a couple of stories about people who had had a stroke and the importance of having the courage to be person centred.

The people who agreed for me to share their story had inspired me whilst working with them and reinforced my beliefs that our approach, using a goal setting conversation to underpin their rehabilitation plan was immensely powerful in achieving person centred rehabilitation with positive outcomes.   I wanted to share my message that rehabilitation is not just about recovery but is also about helping people to adapt to their new functional status and to cope with the emotional and psychological issues which go along with that.   I wanted to highlight the impact of supporting people to feel engaged by exploring goals which are of most importance to them and which cannot be underestimated in the rehabilitation process.

Whilst being able to demonstrate that person centred care and rehabilitation is effective I also wanted to share some examples of how we can ensure we are able to provide evidence of its impact on service efficiency through evaluation and economic evaluation. Using examples from my own role as a consultant occupational therapist I reflected on the opportunities we have to use our skills to shape the future of health and social care provision by pushing the boundaries and leading the way.

Once I’d finished the lecture I was immensely gratified to receive not just one but two standing ovations, and was later advised by the RCOT that my lecture was voted ‘Top highlight of the 2015 conference’ by the participants, even beating the comedienne and mindfulness advocate, Ruby Wax in the ratings.

The president of the Royal College of Occupational Therapists at that time was Lord John Walton – Baron Walton of Detchant.  He chaired the session and his comment after I presented the lecture will live with me for ever.  He said ‘I have heard many lectures in my time and that was one of the most thoughtfully crafted and beautifully presented lectures I have ever had the honour to listen to’.  Well, for once, I was speechless!

What did I do to celebrate?  Of course pressing on my mind was the situation at home so I checked in and was relieved to hear that Mum was continuing to do well (and thankfully is now fully recovered).   It was a hot day in Brighton so after the lecture and many congratulations from my colleagues and peers I walked across the road, got myself an ice cream, kicked off my shoes and sat on the stony beach watching the swimmers in the gently lapping waves and reflected on all in all what I felt was ‘a very good day’.

It truly was an honour to present the 42nd Casson Memorial Lecture at the 2015 annual conference of the Royal College of Occupational therapists.  I felt immensely privileged to be given the opportunity and it is one which I will never forget.

Thank you for taking your time to visit our site - we hope you found it useful.

We are keen to know a little more about the profile of our viewers and would appreciate if you could please take a moment to answer a few simple questions about yourself; your responses will help us to improve our communications strategy.

Please be assured that your responses are anonymous and data storage is secure and GDPR compliant.

Yes, pleased to help No thanks